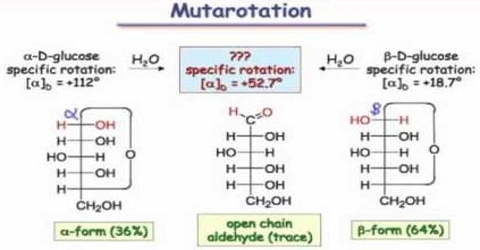 Muta-rotation: α-and β-forms show specific rotation of + 113° of glucose and + 19° respectively. It is the change in the optical rotation because of the change in the equilibrium between two anomers, when the corresponding stereocenters interconvert. In aqueous solution, both the forms of glucose show muta-rotation from 1130 to 530 while β-form shows a muta-rotation from 19° to 53°. At equilibrium, β-D glucose is the most stable (64%), α-D glucose occupies only 36%. 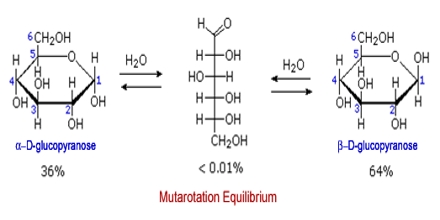 Polysaccharide can be divided into 03 major classics:

What is Food Safety?