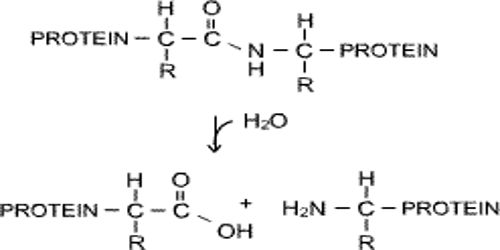 It is a proteolytic enzyme which degrades peptidase. It is a class of enzymes that catalyze the hydrolysis of peptides or peptones to amino acids. It is an enzyme that performs proteolysis: protein catabolism by hydrolysis of peptide bonds. It can be found in Animalia, Plantae, Fungi, Bacteria, Archaea, and viruses. A peptidase has an active site containing amino acids that are important for catalysis and which are usually conserved in all active members of a family. Some peptidases have additional substrate binding sites remote from the active site that is known as exosites.

DNA and RNA: a Competitive View

What is Intramolecular Hydrogen Bonding?