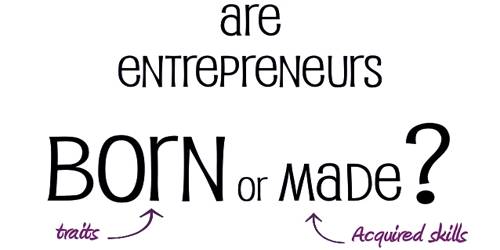 A family business is a commercial organization in which decision-making is influenced by multiple generations of a family related by blood or marriage, who are closely identified with the firm through leadership or ownership. Owner-manager entrepreneurial firms are not considered to be family businesses because they lack the multigenerational dimension and family influence that create the unique dynamics and relationships of family businesses.

A family business is the oldest and most common model of economic organization. The vast majority of businesses throughout the world from corner shops to multinational publicly listed organizations with hundreds of thousands of employees can be considered family businesses.

Generally, entrepreneurship refers to the functions performed by an entrepreneur in establishing an enterprise. The economic prevalence and importance of this kind of business are often underestimated. Throughout most of the 20th century, academics and economists were intrigued by a newer, “improved” model: large publicly traded companies run in an apparently rational, bureaucratic manner by well trained “organization men.” Entrepreneurial and family firms, with their specific management models and complicated psychological processes, often fell short by comparison. Five factors will be key to entrepreneurial success: creativity, tolerance for risk, responsiveness to opportunities, leadership and the ability to take advantage of the rights afforded to you.

Privately owned or family controlled enterprises are not always easy to study. In many cases, they are not subject to financial reporting requirements, and little information is made public about financial performance. Ownership may be distributed through trusts or holding companies, and family members themselves may not be fully informed about the ownership structure ‘of their enterprise. However, as the 21st-century global economic model replaces the old industrial model, government policymakers, economists, and academics turn to entrepreneurial and family enterprises as a prime source of wealth creation and employment.