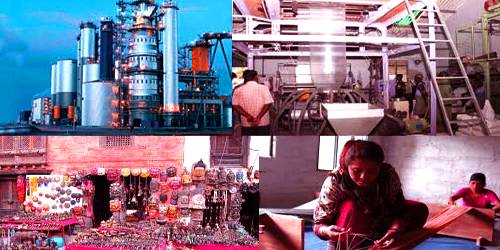 Generally, the industry is the process of producing something. And, Small scale industry is an industry that is independently owned and operated and is not dominant in its field of operation. Such units are generally under single ownership. So it is a sole proprietorship or sometimes a partnership.

“Small-scale industry is one which is operated mainly with hired labour usually 10 to 50 hands”. — The Fiscal Commission of India.

According to Stoner, Freeman & Gilbert “Small-scale industry is an industry locally owned and managed, often with very few employees working at a single location”. These industries do a one-time investment in machinery, plants, and industries which could be on an ownership basis, hire purchase or lease basis. These are usually labour-intensive industries, so they generate much employment. They also help with per capita income and resource exploitation in the economy.

Causes of failure of Small Business