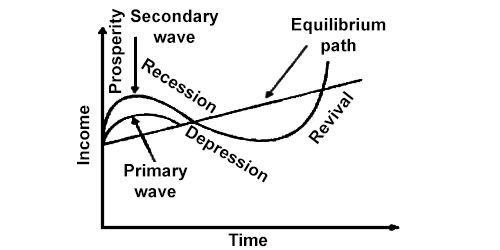 Schumpeter believes that creativity or innovation is the key factor in any entrepreneur’s field of specialization. The main theme of Schumpeter’s theory is,

He believed development as consisting of a procedure which involved reformation on diverse equipment of productions, outputs, marketing, and industrial organizations.

What are the motivating factors for Entrepreneurship?

Economy is an effect for which entrepreneurship is cause – Explanation