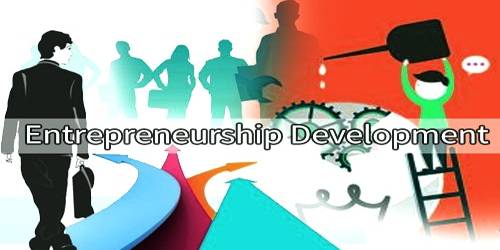 Social factors can go a long way in encouraging entrepreneurship. In fact, it was the highly helpful society that made the industrial revolution a glorious success in Europe. Strongly affect entrepreneurial behaviour, which contributes to entrepreneurial growth. The social setting in which the people grow shapes their basic beliefs, values and norms. The main components of the social environment are as follows:

There are certain cultural practices and values in every society which influence the actions of individuals. These practices and value have evolved over hundreds of years. For instance, consider the caste system (the varna system) among the Hindus in India. It has divided the population on the basis of caste into four divisions. The Brahmans (priest), the Kshatriya (warrior), the Vaishya (trade) and the Shudra (artisan). It has also defined limits to the social mobility of individuals.

By social mobility we mean the freedom to move from one caste to another. The caste system does not permit an individual who is born a Shudra to move to a higher caste. Thus, commercial activities were the monopoly of the Vaishyas. Members of the three other Hindu Varnas did not become interested in trade and commerce, even when India had extensive commercial inter-relations with many foreign countries. A dominance of certain ethnical groups in entrepreneurship is a global phenomenon

This factor includes the size of family, type of family and economic status of the family. In a study by hadimani, it has been revealed that Zamindar family helped to gain access to political power and exhibit a higher level of entrepreneurship.

Background of a family in manufacturing provided a source of industrial entrepreneurship. The occupational and social status of the family influenced mobility. There are certain circumstances where very few people would have to be venturesome. For example in a society where the joint family system is in vogue, those members of a joint family who gain wealth by their hard work denied the opportunity to enjoy the fruits of their labour because they have to share their wealth with the other members of the family.

Education enables one to understand the outside world and equips him with the basic knowledge and skills to deal with day-to-day problems. In any society, the system of education has a significant role to play in inculcating entrepreneurial values.

In India, the system of education prior to the 20th, the century was based on religion. In this rigid system, critical and questioning attitudes towards society were discouraged. The caste system and the resultant occupational structure were reinforced by such education. It promoted the idea that business is not a respectable occupation. Later when the British came to our country, they introduced an education system, just to produce clerks and accountants for East India. A company, the base of such a system, as you can well see, is very anti-entrepreneurial.

A related aspect to these is the attitude of the society towards entrepreneurship. Certain societies encourage innovations and novelties and thus approve the entrepreneur’s actions and rewards like profits. Certain others do not tolerate changes end in such circumstances, entrepreneurship cannot take root and grow. Similarly, some societies have an inherent dislike for any money-making activity. It is said, that in Russia, in the nineteenth century, the upper classes did not like entrepreneurs. For them, cultivating the land meant a good life. They believed that rand belongs to. God and the produce of the land was nothing but God’s blessing. Russian folk-tales, proverbs and songs during this period carried the message that making wealth through business was not right.

Motives impel men to action. Entrepreneurial growth requires proper motives like profit-making, acquisition of prestige and attainment of social status. Ambitious and talented men would take risks and innovate if these motives are strong. The strength of these motives. depends upon the culture of the society. If the culture is m economically or monetarily oriented, entrepreneurship would be applauded and praised; wealth accumulation as a way of life would be appreciated. In less developed countries, people are not economically motivated. Monetary incentives have relatively less attraction. People have ample opportunities of attaining social distinction by non-economic pursuits. Men with organizational abilities are, therefore, riot dragged into business. The use their talents for a non-economic end.

Importance of small-scale industry and enterprise in economic development