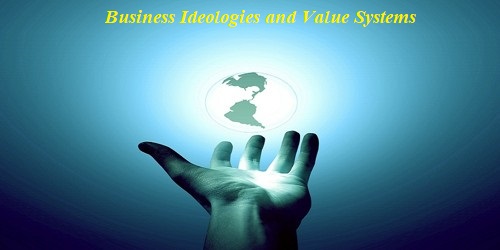 Central to America’s development was a body of social and economic philosophy which was shared by business leaders and justification for business activities. Several major philosophies which were popular during the nineteenth century will now be discussed:-

(a) Individualism work and the Protestant ethic

(b) Laissez-faire and the classical tradition

America had in the eighteenth century, fought a war with England over the government and business relations. Difficulties resulting from government interference with American business under British mercantilism were still fresh in the minds of business. It was no wonder that the men who framed the constitution were careful to define the role of the new government in terms of lasses fair ethic to them meant, “Let business alone”.

It is an original biological contest Darwinian Theory proposed that all forms of life evolved, over time, from a few, basic types and that through a process of natural selecting; only the strongest and fit survived.

Threads of Machiavellian philosophies also appeared in the nineteenth and continue to appear today Machiavelli was discussed, he not only identified with great clarity many problems in political administration but also suggested what he considered appropriate solution’s to the problems.

The philosopher’s William James and John dovekey, viewed social progress as a process of change which could and should be contained by men. Pragmatic thought viewed man’s environment as a variable which could be controlled and manipulated.

Difference between a memo and a letter

What factors should be considered in drafting a good report?

Importance of Chamber of Commerce in Development of Industry