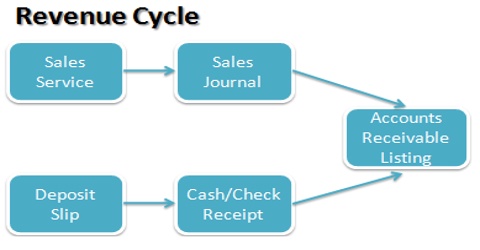 Revenue means the total receivable or realized from sale of goods and earnings from interest, dividend, commission, etc. Revenue is the total of money that a corporation really receives throughout a particular time, including discounts and deductions for returned sell.

Under the accrual source of accounting, revenues are recorded at the instant of delivering the service or the merchandise, even if cash is not received at the time of delivery. Often the term income is used as a substitute of revenues.

Amounts Debited by the Banker in the Pass Book – Effects