Home Business Business is a Part of a larger Social System 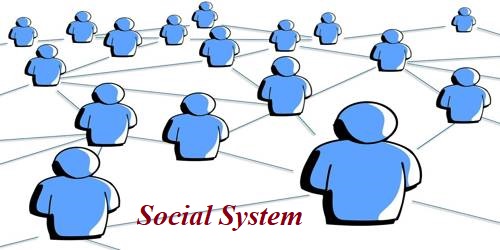 “Business is a part of a larger social system” — Explain

A social system is a system is a combination of interrelated parts operating as a whole. It becomes a social system when it relates to people. The subject of business and society covers relationships to the broader social system outside its own organization. The basic operation of a system is that it receives inputs from its environment, processes these in some way, and then releases outputs to the environment.

The demands made on business are part of a larger series of changes occurring throughout the social system. Many difficult problems are arising because of very rapid change which is upsetting the delicate equilibrium in our complex society. It is clearly a system relationship in which social, educational, technological, and other types of change are closely interwoven. There are also some significant discontinuities are:

a) Technological Innovations such as the computer and television, which are having major effects not only on business but on the whole society.

b) Development of a world economy’ of one market but without suitable institutions for handling it, with the one exception of the multinational corporation.

c) A pluralistic social system in which social tasks are mostly entrusted to large institutions.

d) Most important of all, a knowledge revolution which has made known the crucial resource of society.

Advantages or Arguments in Favor of State Enterprise