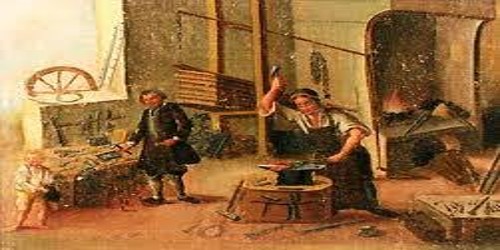 Business Environment of the Middle Ages

A better society produces environment conditions more favorable for business operation. Middle Ages are regarded the time of the fall of Roman Empire in the fifth century to the middle of the fifteenth century. The development of business as a social institution in middle ages is discussed below-

Well-defined class divisions were inherited from the Roman system. The division between the classes was sharp rights and obligations of each class were clearly defined and every man knew what his position was in relation to that of everyone else.

The early medieval political system was also a logical transition from the Roman system. More administrative duties fell into the landlord’s hands, thus forming the basis of the memorial system.

(c) The universality of the church

The most powerful and important institution in all medieval society was the Roman Catholic Church. The church shaped social philosophy toward businesses and the role of business an institution within the social system.

Neither church nor businessmen could successfully engage in economic activities and at the same time conform to church dogma with its prohibition against the exchange, profit, and interest.

Religious tatters of social theory which hampered business during the Middle Ages were virtually abandoned by the sixteenth century. The Protestant revolution of sixteenth-century further swept away church condemnation of the commercial activities.