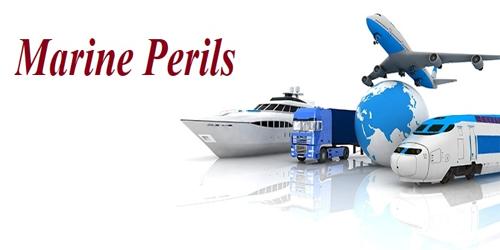 Marine perils are the perils which are insured against in a polity of ocean Marine insurance. The- wording of the marine policy is the result of several hundred Years of Careful study, judicial interpretation, and precedent, and thus such perils have maintained an exact definite meaning in marine insurance. That means, for which reason the ship has been damaged is called the peril of the shipping mishap. The insurer is liable to indemnify an insured in respect of only losses which result from perils insured against. The marine insurance policy does not necessarily cover all the risks. Marine perils can be divided into two major groups, such as natural perils and man-made perils. Both of the perils are described below.

Natural Perils: Natural perils are those in which there is no interference of human being. Rather, it is total because of any natural calamity or disaster.

Man-made Perils: If any kind of damage is occurred to the ship due to any fault of any man or person, it will be called Man- made peril.

Distinguish between Fraud and Misrepresentation