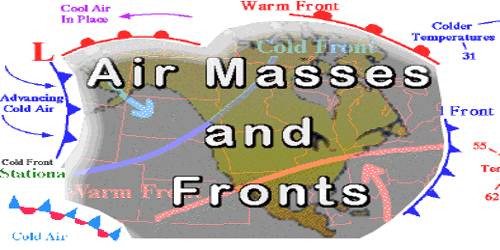 When the air remains over a homogenous area for a sufficiently long time, it acquires the characteristics of the area. The homogenous regions can be the vast ocean surface or vast plains. The air with distinctive characteristics in terms of temperature and humidity is called an air mass.

(i) Warm tropical and subtropical oceans;

(v) Permanently ice-covered continents in the Arctic and Antarctica.