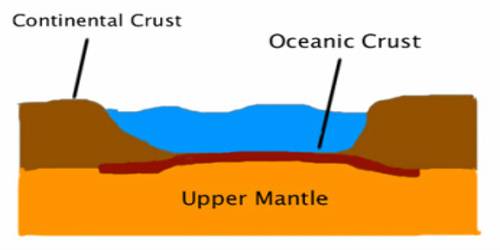 Continental Crust: A Granitic portion of the Earth’s crust that makes up the continents. The thickness of the continental crust varies between 20 – 75 km. It is the comparatively wide part of the earth’s crust which forms the huge land masses. It is commonly older and more complex than the oceanic crust. It is the cover of igneous, sedimentary, and metamorphic rocks that form the continents and the areas of thin oceanic close to their shores, known as continental shelves.