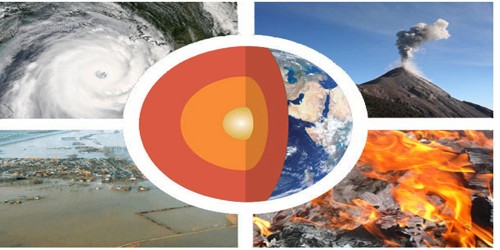 Natural Hazards are elements of circumstances in the Natural environment that have the potential to cause harm to people or property or both. It is a natural occurrence that might have a negative effect on humans or the environment. These may be swift or permanent aspects of the respective environmental settings like currents in the oceans, steep slope, and unstable structural features in the Himalayas or extreme climatic conditions in deserts or glaciated areas.

As compared to natural hazards, natural disasters are relatively sudden and cause large-scale, widespread death, loss of property and disturbance to social systems and life over which people have a little or no control. Thus, any event can be classed as a disaster when the magnitude of destruction and damage caused by it is very high. 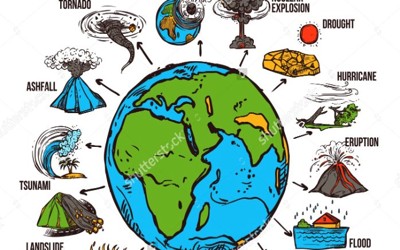 Generally, disasters are generalized experiences of people the world over, and no two disasters are similar and comparable to each other. Every disaster is unique in terms of the local socio-environmental factors that control it, the social response it generates, and the way each social group negotiates with it. However, the opinion mentioned above is indicative of three important things. Firstly, the magnitude, intensity, frequency, and damages caused by natural disasters have increased over the years. Secondly, there is a growing concern among people the world over to deal with the menace created by these so that the loss of human life and property can be minimized. And finally, significant changes have taken place in the pattern of natural disasters over the years.

There has also been a change in the perception of natural disasters and hazards. Previously, hazards and disasters were seen as two closely associated and interrelated phenomena. i.e. areas prone to natural hazards were more vulnerable to disasters. Hence, people avoided tampering with the delicate balance that existed in a given ecosystem. People avoided intensification of their activities in such areas and that is how disasters were less damaging. Technological power has given large capacity to human intervention in nature. Consequently, now, human beings tend to intensify their activities into disaster-prone areas increasing their vulnerability to disasters. Colonization of floodplains of most of the rivers and development of large cities and port-towns like – Mumbai and Chennai along the coast, and touching the shore due to high land values, make them vulnerable to the occurrence of cyclones, hurricanes, and tsunamis.