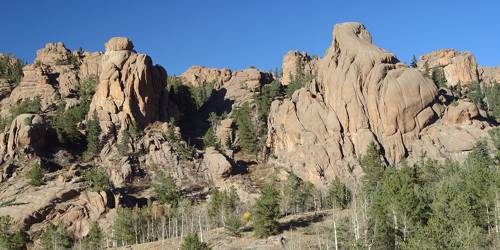 Batholith: A large mass of subsurface intrusive igneous rock that has its origins from mantle magma. It is a very large igneous intrusion extending to an unknown depth in the earth’s crust.

A batholith is a huge mass of intrusive igneous rock that forms from cooled magma deep in the Earth’s crust. They are approximately for all time made mostly of felsic or middle rock types, such as granite, quartz monzonite, or diorite. Batholiths indicate a long period of frequent igneous intrusions over a huge region, such as might be probable along a subduction zone. Although they might emerge uniform, batholiths are in fact structures with complex histories and compositions. They are composed of numerous masses, or plutons, bodies of igneous rock of uneven dimensions (naturally at least some kilometers) that can be notable from contiguous igneous rock by some amalgamation of criteria as well as age, composition, texture, or mappable structures. Individual plutons are solidified from magma that traveled toward the surface from a zone of fractional melting near the base of the Earth’s crust.

Although batholiths were once believed to extend to unknown depths, recent studies have shown that many of them have a thickness of perhaps 10 to 15 km (6 to 9 miles). A well-known batholith is located in the Sierra Nevada range of California, U.S.