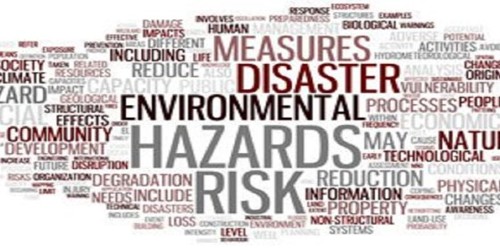 Disasters due to cyclones, unlike the ones caused by earthquakes, tsunamis, and volcanic eruptions are more predictable in terms of the time and place of their occurrences. Moreover, with the help of development of techniques to monitor the behavior of cyclones, their intensity, direction, and magnitude, it has become possible to manage the cyclonic hazard to some extent. Construction of cyclone-shelters, embankments, dykes, reservoirs, and afforestation to reduce the speed of the winds are some of the steps that can help in minimizing the damages. However, increase in the loss of life and property in countries like India. Bangladesh, Myanmar, etc. in successive storms is largely due to high vulnerability of their population residing in the coastal areas.

There are three stages involved in disaster mitigation and management:

(i) Pre-disaster management involves generating data and information about the disasters, preparing vulnerability zoning maps and spreading awareness among the people about these. Apart from these, disaster planning, preparedness, and preventive measures are other steps that need to be taken in the vulnerable areas.

(ii) During disasters, rescue and relief operations such as evacuation, construction of shelters and relief camps, supplying of water, food, clothing, and medical aids etc. should be done on an emergency basis.

(iii) Post-disaster operations should involve rehabilitation and recovery of victims. It should also concentrate on capacity-building in order to cope up with future disasters if any.

These measures have special significance to a country like India, which has about two-thirds of its geographical area and an equal proportion of its population, vulnerable to disasters. Introduction of the Disaster Management Bill, 2005 and establishment of National Institute of Disaster Management arc some examples of the positive steps taken by the Government of India.