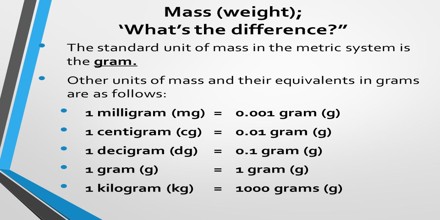 As per the international system of unit, the unit of mass is kilogram. In short form it is written as kg. The fixed mass kept in the office of International Association of weight and measurement situated at Savro in French is considered to be the standard of kilogram.

The used unit of smaller mass is gram. On the other hand in case of measuring big bodies, quintal and metric ton are used as units.

How to Measure Temperature by Thermometer?