It’s not uncommon for artificial intelligence engineers to draw inspiration from the human brain while developing their algorithms or circuitry, but now the project is taking this biological inspiration a step further. Scientists at Aston University in England are mechanically incorporating human brain stem cells into AI microchips. The goal, scientists claim, is to expand the limits of what AI can do by borrowing some of the human brain’s computing capability.

Scientists are physically integrating human brain stem cells into AI microchips. The goal is to push the boundaries of what AI can do by borrowing some of the human brain’s processing capabilities.

Our brains operate relatively slowly, at around 200 MPH, which does not meet the speed-of-light estimate of computer chips. However, even young children are able to do a lot of things with ease with which computers have a lot of trouble, such as identifying a face or catching a ball.

The explanation is that our minds are massively parallel in technical terms. – of our billions of neurons will, theoretically at least, interact directly with each other. When we gather more experience, synapses multiply and improve, wiring our brains to weave diverse bits of information into common communities so we can act efficiently. 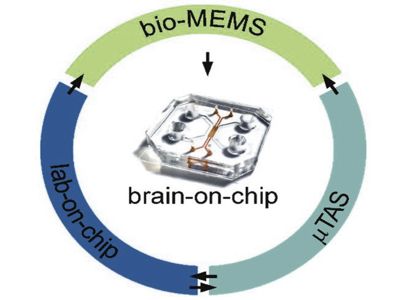 “Our goal is to harness the unrivaled computing power of the human brain to dramatically increase the ability of computers to help us solve complex problems,” said David Saad, a mathematician at Aston University. “I agree that this research has the ability to break through the existing constraints of computing capacity and energy use and bring about a paradigm change in machine learning technology.”

Memristors, or memory transistors, are an integral part of the neuromorphic computation. In a neuromorphic unit, a memristor would act as a transistor in a circuit, but its purpose would more closely mimic a synapse of the brain—a junction between two neurons. The synapse receives signals from a single neuron in the form of ions and sends the corresponding signal to the next neuron.

At the end of the day, scientists envisage that memristors will need much less chip real estate than traditional transistors, allowing efficient, compact computing devices that do not rely on supercomputers or even Internet connectivity.