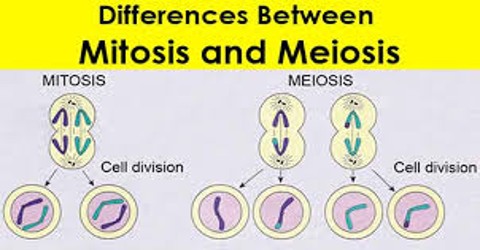 Difference between mitosis and meiosis

Meiosis has two rounds of genetic separation and cellular division while mitosis only has one of each. In meiosis homologous chromosomes separate leading to daughter cells that are not genetically identical. Other differences are pointed below: Describe Formation of Male Gametes from a Pollen Spore