Home Biology What is Meiosis and Where does it occur?

Meiosis: The kind of cell division in which the nucleus of reproductive mother cell (2n) divides twice and chromosome divides one time through a series of complicated changes and gives rise to four daughter nuclei of which each daughter nucleus bears the half number of chromosomes and changed characteristics of its mother cell is known as meiosis. 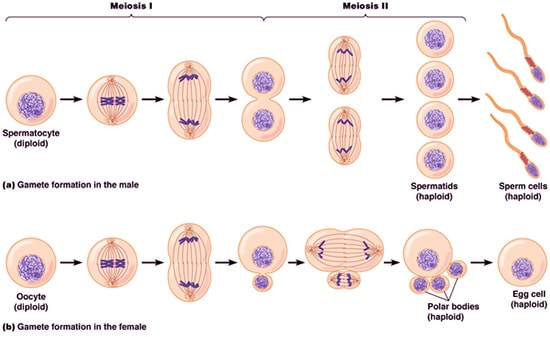 Differences between mitosis and meiosis