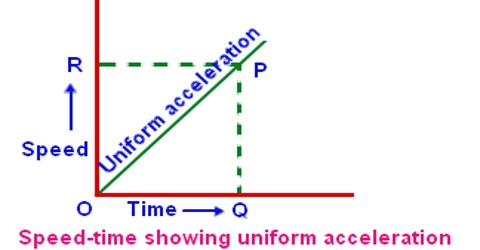 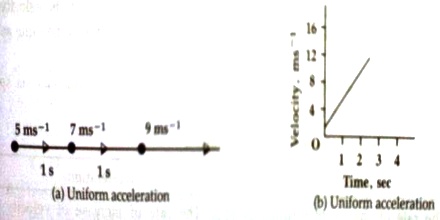 The uniform acceleration of a body is 10 ms-2 means that the velocity of the body changes in each second by 10 ms-1 in the same direction.

A car was travelling at a speed of 19.4 m/s, the driver saw a rabbit on the road and slammed on the breaks. After 6.0 seconds the car came to a halt, how far did the car travel from the point where the brakes were first pressed to the point where the car stopped?

The car stopped after 58 metres.