Home Physics Potential of the Earth or Ground 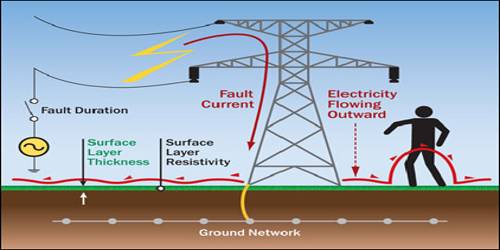 Earth is a very big conducting body. If a negatively charged body is connected by a conductor to the earth then electrons twin the charged body flow to the ground and the body becomes chargeless. Again, if a positively charged body is connected to the ground by a conductor, electrons from the earth flow to the body and the body becomes chargeless. The earth takes or gives charges to other bodies always. Since the earth is a big very body, its charges do not change. So there is no change in potential. The potential of the earth is taken as the potential of a chargeless body. 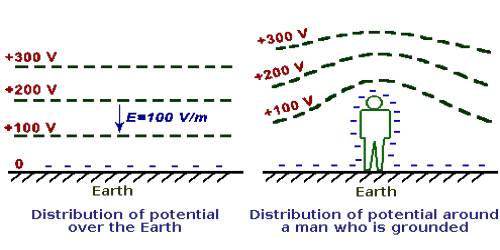 Earth ground is used as a reference from which all voltages are considered in systems which are earth grounded. Because the earth absorbs or dissipates nearly unlimited electric charge, it should always be at an ideal zero or ground potential. (Barring such problems as corrosion or improper grounding.)

Comparison of emf and Potential Difference