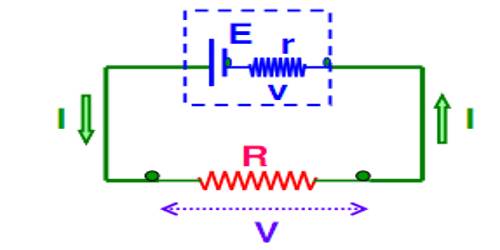 The internal resistance of a cell

For the operation of our daily household appliances, for example, radio, television, refrigerator, cassette player, torchlight etc. we need electric energy. There are various sources of electric energy, for example, electric cell or battery, generator etc. Let us consider a torchlight. Inside it, there are two or three dry cells (series combination of cells is called a battery), a small bulb and copper plate connecting the bulb to the battery. Here the source of energy is the battery. Electrical energy is transferred from the battery to the bulb and when the filament of the bulb becomes heated it radiates light. A pure voltage source is usually referred to as an emf (which stands for electromotive force). Of course, emf is measured in units of volts. A battery can be modelled as an emf connected in series with a resistor, which represents its internal resistance. 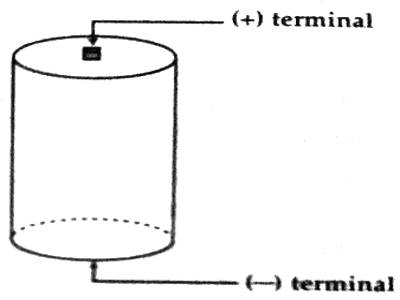