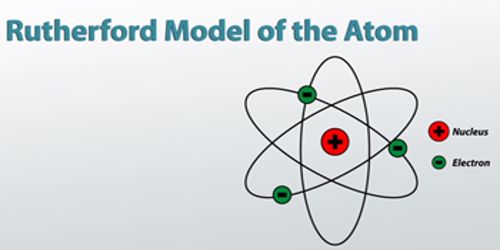 In 1911, famous scientist Rutherford proposed a model of an atom. Through extensive experiments he observed the deflection or scattering from different heavy metals of α- particles emitted from radioactive substances and proposed this structural model of the atom. In honor of his name, this model is called Rutherford’s atom model.

The Coulomb’s attractive force between the positively charged nucleus and negatively charged electron rotating around the nucleus acts in this case as a centripetal force.

Since there is a similarity between the solar system with that of Rutherford’s hypothetical model, hence this model is called the planetary model.