Home Physics Structure of the Nucleus in Atom 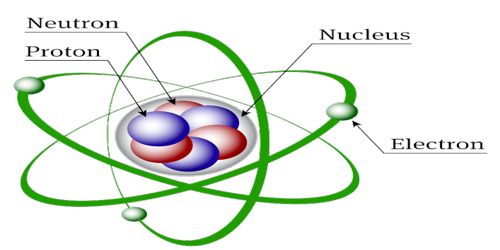 In 1911 scientist Rutherford and his associates Geiger and Marsden from α-particle scattering discovered that inside the atom at very small space there is a concentrated heavy spherical matter. It is called the nucleus. The atomic nucleus is the central area of the atom. It is composed of two kinds of subatomic particles: protons and neutrons. It is called the energy reservoir of the atom. Almost all the mass of an atom is concentrated in the nucleus. Its radius is about 10-10 m. Protons and neutrons stay inside the nucleus. These are called nucleons. Proton has positive charge where the neutron is chargeless. The number of protons inside the nucleus gives us the atomic number. The protons have a positive (+) charge. In order for the atom to have a neutral charge, the electrons (-) need to balance it out with their negative charge. 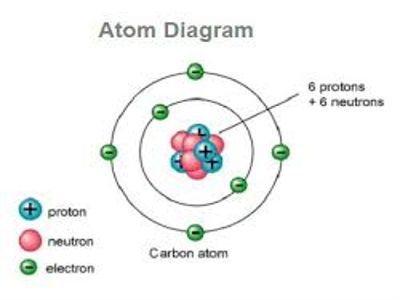 Fig: Structure of the Nucleus in Atom

A number of protons are equal to a number of electron in an element. Compared to the size of the atom (diameter = 10-8 cm) size of the nucleus is exceedingly small (diameter 10-12 cm). Structure of a nucleus is very complicated. From the nucleus, electrons are emitted. From the spectrum of α-particle and γ-rays, it is known that from the nucleus α-particles and γ-rays are emitted. From the spectrum of β-rays, there is another particle in the nucleus. Its name is neutrino which has no mass. From the research of cosmic rays, it is known that there is another fundamental particle in the nucleus. Its name is meson. In order to ascertain which of these particles from the nucleus different theories have been presented. Among this generally proton-neutron theory has been accepted as more plausible. This theory would eliminate the idea that the atom was structured more like plum pudding. The plum pudding model was the leading model of the atomic structure until Rutherford’s findings.