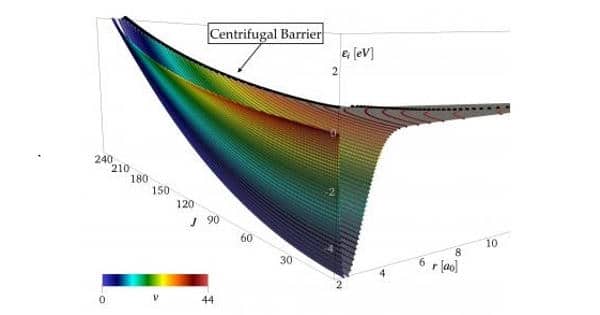 Using data collected in a NASA Langley Mach 6 wind tunnel, researchers at the University of Illinois Urbana-Champaign used Direct Numerical Simulation to replicate the hypersonic flow conditions of a compression ramp flow. The simulation produced a plethora of new data that can be used to better understand the phenomena that occur around vehicles traveling at hypersonic speeds.

“Experiment data is somewhat limited, for example, pressure probe data from a few locations on a test object. When we run a numerical simulation, we obtain information about the entire flow field, including the vehicle surfaces, such as pressure, temperature, density, and fluid velocity. This can help explain some of the things that experimentalists have discovered but have been unable to fully explain due to a lack of data “Fabian Dettenrieder, a doctoral student in the Department of Aerospace Engineering at the University of Illinois, agreed.

The research simulated a control surface at the end of a wing that is used to maneuver an aircraft. In this case, it simulated a flat plate with a leading edge and a 35-degree compression ramp configuration that had previously been tested experimentally in the Langley hypersonic wind tunnel.

Hypersonic flows, according to Dettenrieder, are complicated. The high energy of the flow causes significant pressure and heat loads, which, in addition to shocks, creates difficult experimental and numerical problems. The flow configuration considered in this study has a super-critical ramp angle, resulting in an inherently unsteady separation bubble. Capturing this phenomenon accurately is difficult because it is highly susceptible to its surroundings, such as acoustic noise and turbulence.

Furthermore, the thinner the panels on a vehicle’s exterior are – typically motivated by weight optimizations – the more likely they are to deviate from a perfectly rigid behavior, resulting in an interaction with the flow and adding to the complexity of the fluid-structural system. In addition to the factors that contribute to turbulence in the natural environment, the wind tunnel creates acoustic disturbances that can cause unsteady fluid motions that lead to turbulence.

With advancements in numerical methodologies, particularly implicit schemes, the solution of flow problems requiring real gas modeling became possible by the end of the 1980s.

“We suspected that a discrepancy between the experimental data and a previous 2D simulation was caused by a lack of acoustic radiation generated by the wind tunnel walls. We replicated the wind tunnel experiment in 3D under both quiet and noisy conditions, noisy by introducing freestream disturbances at the computational domain’s far-field boundary.

“The impact of acoustic disturbance has previously been studied, but not in the context of this hypersonic ramp configuration,” he explained. “We were successful in precisely prescribing acoustic freestream perturbations.” He stated that what they discovered contributes to a better understanding of the unsteady flow phenomena observed in the experiments.

The simulation was run on Frontera, a National Science Foundation-funded supercomputer system at the University of Texas at Austin’s Texas Advanced Computing Center. Blue Waters Professor Daniel Bodony is Dettenrieder’s faculty adviser, and he has received a 5 million node hour allocation on Frontera to study fluid-thermal-structure interactions.

Dettenrieder stated that the simulation is still running on Frontera and is not complete. “It’s very time consuming and labor intensive,” he said. “I check it a couple of times a day to make sure everything is in working order. It is continuing to collect data that will contribute to our understanding of the complexities of hypersonic flow.”

Fabian Dettenrieder, Bryson Sullivan, and Daniel J. Bodony of the University of Illinois Urbana-Champaign and Antonio Schoneich and Stuart Laurence of the University of Maryland collaborated on the study, “Direct Numerical Simulation of Boundary Layer Receptivity to Acoustic Radiation in a Hypersonic Compression Ramp Flow.” The Air Force Office of Scientific Research is funding the research, and Dr. Sarah Popkin is the program officer.