Home Physics Superconductor with atomic-scale thickness can retain their superconductivity 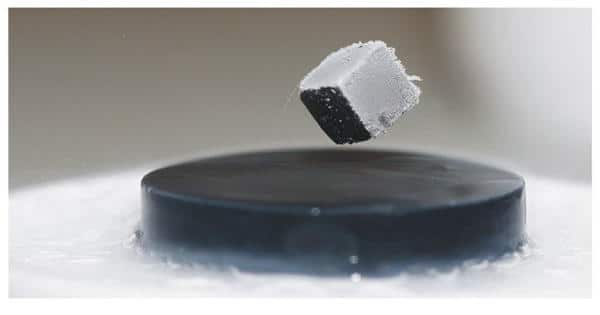 The researcher discovered superconductor with atomic-scale thickness can retain its superconductivity even when a strong magnetic field is applied to it.

Superconductivity is used in a variety of technologies, including magnetic resonance imaging (MRI) and highly sensitive magnetic sensors. Topological superconductors, a type of superconductor, have received a lot of attention in recent years. They can store quantum information for a long time and can be combined with magnetic materials to form qubits, which may allow quantum computers to perform extremely complex calculations. Superconductivity, on the other hand, is easily destroyed by strong magnetic fields or magnetic materials in close proximity. It is thus desirable to create a magnetic field-resistant topological superconducting material.

For many years, the phenomenon of superconductivity could not be explained satisfactorily by conventional physics laws. However, in the early 1950s, American physicists John Bardeen, Leon Cooper, and John Schrieffer developed a superconductivity theory that earned them the Nobel Prize in Physics in 1972.

According to the BCS theory (named after their initials), electrons can travel through a solid with zero resistance due to attractive interactions between two electrons that are some distance apart. As one electron moves through the lattice, the nuclei around it are drawn to it. The movement of the nuclei can produce a transient (short-lived) hole, pulling the second electron in the same direction as the first. The nuclei then return to their original positions to avoid colliding with the approaching second electron. Cooper pairs, or pairs of electrons, move as a unit through the crystal. The electrons in Cooper pairs change partners frequently, like dancers in a ballet.

According to the BCS theory, as the temperature of the solid rises, so do the vibrations of the atoms in the lattice, until the electrons can no longer avoid colliding with them. At higher temperatures, the collisions cause a loss of superconductivity.

When a superconducting material is thinned to a two-dimensional atomic layer, the spin and momentum of the electrons in the layer become coupled, causing the electron spins to rotate frequently. This cancels out the effect of magnetic field-induced changes in electronic energy, preserving superconductivity. This mechanism has the potential to increase the critical magnetic field – the maximum magnetic field strength above which superconductivity disappears – to 16-20 Tesla, which is roughly triple the generally accepted theoretical value. It is expected to have a wide range of applications because it was observed in an ordinary superconducting material and does not necessitate either special crystalline structures or strong electronic correlations.

Many exciting technological applications were suggested by the phenomenon of superconductivity. Using superconducting wires in power cables, for example, would result in zero power losses over hundreds of miles. Furthermore, because superconductors emit magnetic fields, a combination of magnetic rails and superconducting wheels (or vice versa) could be used to create magnetic levitation of, say, a train over a track, resulting in friction-free transportation.

Water Becomes Two Liquids When Supercooled, And We’re Starting To Learn Their Natures