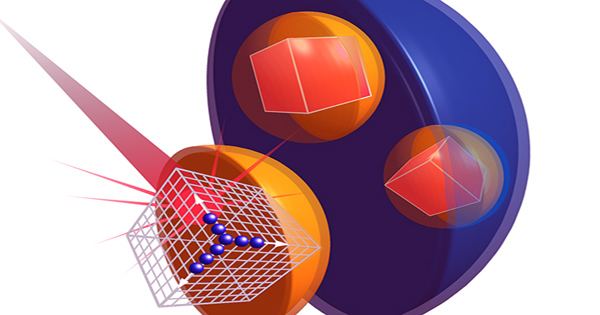 The achievement has been published in the journal Nature.  Eighty-five years after electron crystals were first proposed, physicists have been able to recreate them by trapping electrons.

This team had an innovative solution. They made a Wigner crystal using layers of just one atom thick semiconductor. They then used two separate tungsten materials and placed one material on top of the other to create a hexagonal pattern known as a moiré superlattice.

A crystal particle is made with a repetitive pattern but is a tough place to keep electrons.  An electron crystal is like trying to stabilize a huge number of electrons that are not stationary – this is the pet cat of particle physics.

The researchers carefully created a crystal by placing multiple electrons in these spots. The team previously discovered that you can hold a single electron in a specific place in this lattice, especially where the electromagnetic forces are much stronger than the natural motion of the electron.

Senior author Professor Kin Fai Mak, from Cornell University, said in a statement, “Electrons are quantum mechanical. Even if you don’t do anything to them, they’re spontaneously jiggling around all the time.” “A crystal of electrons will actually only tend to melt because it is so hard to keep the electrons in a periodic pattern.”

The team had to create a special optical sensing system to measure the crystals without interruption. If the construction of these crystals were not difficult enough, there are many hoops to study these constructions.

“You have to hit the right position to create an electronic crystal and at the same time they have to be brittle,” Mack added. “You need a good way to probe them. You don’t really want to perturb them significantly while probing them.”

The team stresses that this achievement shows how complex patterns can be obtained from relatively simple elements such as electrons.  The team was able to observe several electronic crystals by placing electrons in different configurations to create different crystal symmetries.