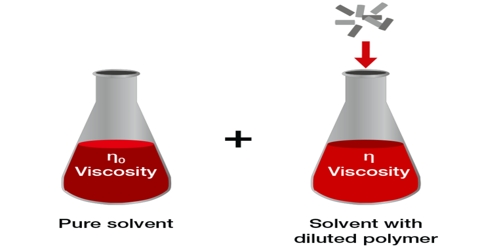 Friction is a tenure used to refer to forces that oppose the relative motion in general. The property of a fluid for which relative motion between different layers is resisted or retarded is called viscosity. Friction is the force that opposes the motion. It acts between the surfaces in contact. Viscosity is the internal friction of fluid flow. It is the measure of fluid’s resistance to flow. Friction and viscosity refer to forces that oppose the motion. The main difference is; the viscous force depends on the velocity gradient and area of contact and frictional force independent of area of contact and relative velocity.

If a ball is allowed to move on a floor, the ball moves a certain distance and then it stops. This is because no plane or surface is completely smooth. It is non-uniform. When a body tries to move in contact with another body, then the upper part of one body enters into the lower part of the other body and between their contact surfaces a resistance force is created. Similarly, if an iron ball is allowed to fall in water that is also resisted by different lavers of water. Here also a motion of the iron-ball is slowed down by the viscous force like friction. Again, when a diver goes inside the water with a cylinder on his back, in different layers he gets resistance. But in case of a liquid in a confined vessel this type of resistance is not observed. The motion of the diver is resisted by the liquid because viscosity resists the relative motion of different lavers which affect the easy swimming of the diver. The first event of the two examples is friction and the second one is viscosity.

But friction and viscosity are both tangential forces. Friction is the force relating to two contact surfaces. Similarly, viscosity is the intrinsic force to maintain relative motion between two layers of the liquid. The property of a fluid for which relative motion between different layers is resisted or retarded is called viscosity. Viscosity is the general property of all fluids.

Friction and viscosity are two properties of a substance, which are very important in understanding the actions of matter. It is essential to have a good understanding of viscosity and density in order to explain most of the events occurring in fluid dynamics, fluid statics, solid statics, solid dynamics, and approximately every engineering purpose.