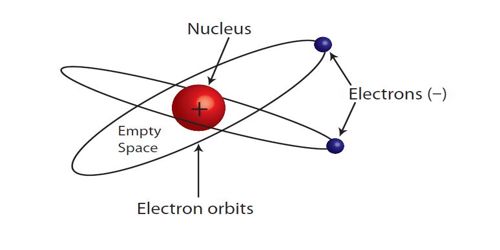 From ancient times different philosophers gave different hypothesis about the structure of matter. First a Greek philosopher named Democritus gave a theory for the structure of matter. According to him, the matter was composed of tiny solid integral particles called atoms. In the Greek language, this is called the atom. Atoms in a solid remain in motion and due to their combination and interaction matters are formed. Needless to say, it had no experimental proof.

Robert Boyle first gave an idea about the fundamental materials or elements. He said that those elements, even after divisions into very tiny parts, do not lose their properties or no new property is created in them, are called fundamental elements. Later on, scientist Dalton proposed three postulates about the structure of matter which are as follows –

(1) Matters are composed of indivisible tiny particles which are called atoms.

(2) Atoms of the same matter are identical. But atoms of different matters are different.

(3) These atoms take part in the chemical reaction. Due to the combination of two or more atoms new matters are created. These are called compounds. For example – Water is formed by hydrogen and oxygen atoms.

At the end of the nineteenth-century m 1897 scientist, J. J. Thomson discovered electron. After the discovery of the electron, he gives a new idea about the structure of the atom. According to him, the atom is a positively charged sphere and electrons are distributed all over the sphere. An atom is electrically neutral. So, it an electron or negatively charged particle is present in an atom then an equal amount of positive charge should be present in it. Later on from the discovery of the emission of α-particle from the atom of the radioactive substance, it is proved beyond doubt that in the atom there exist positively charged particles as well.