Let consider a particle of mass m moving in the XY plane with a velocity v and linear momentum p = m v at a distance r from the origin (Figure). 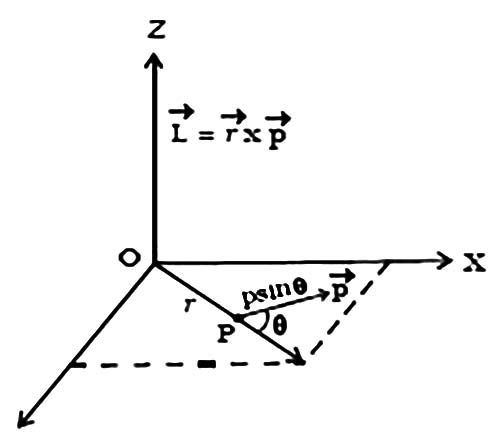 The angular momentum L of the particle about an axis passing through O perpendicular to XY plane is defined as the cross product of r and p.

Its magnitude is given by L = r p sin θ

where θ is the angle between r and p and L is along a direction perpendicular to the plane containing r and p.

The unit of angular momentum is kg m2 s-1 and its dimensional formula is, M L2T-1.