Home Physics Microphone and its Functions 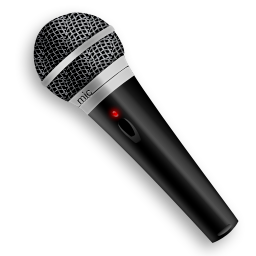 Microphone and Speaker Microphone is orally known as the mic. In a big meeting or program, a speaker delivers his speech in front of an electronic device which is known as a microphone or mic. Microphone converts sound into an electric signal. The audience can hear it loudly through a loudspeaker. Because the speaker transforms the electric signal of the microphone into sound. Perhaps you will have seen the use of a microphone and speaker in various ceremonies of your school. Both microphones and speakers are found in tape-recorder, VCR, etc. A microphone is a tool that captures audio by converting sound waves into an electrical signal. When you speak, sound waves created by your voice carry energy toward the microphone. This signal can be augmented as an analog signal or might be converted to a digital signal, which can be processed by a computer or other digital audio device. Remember that sound we can listen to is energy carried by vibrations in the air.

Microphones are transducers, which alter one form of energy into another. They are susceptible to changes in force in the adjoining air, and they adapt those changes into changes in voltage of an electrical current, which travels down the mic cable to whatever mechanism the mic is linked to. Thereby, when using a microphone, one is capable to record electronically what happened acoustically in front of the mic’s capsule.

The diaphragm is that part of the microphone which is designed to transform the vibration of sound into electricity. The vibration of different types of sounds vibrates the diaphragm. differently. This vibration makes the diaphragm move to and fro in the magnetic field. As a result, an alternating electric current is induced in the moving coil. Thus microphone converts the sound energy into electrical energy. This is called an audio signal. Having amplified, this electric audio signal can be transferred to a long distance through a telephone line or radio So microphone plays a vital role in television and radio broadcasting, recording and telephone.

Different Parts of a Microphone:

What is Integrated Circuit?