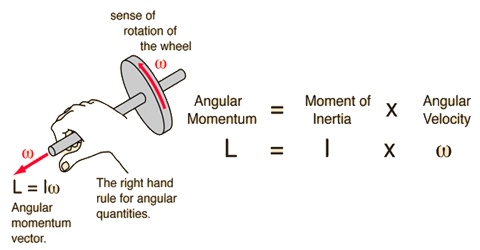 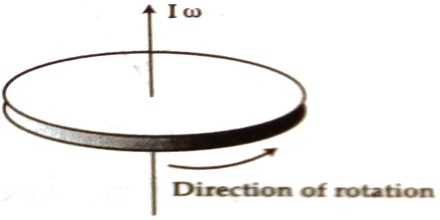 The angular momentum of an object is the product of its moment of inertia about the axis of rotation and its angular velocity. The direction of the angular-momentum vector is that of the axis of rotation of the given object and is designated as positive in the direction that a right-hand screw would advance if turned similarly. Appropriate MKS or SI units for angular momentum are kilogram metres squared per second (kg-m2/sec).

Expression for Gravitational Potential at a Point