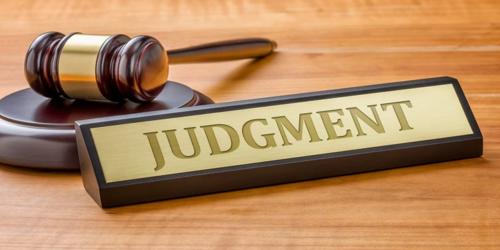 In legal system (Bangladesh), money lent by financial institutions/banks to individuals, private limited companies, public limited companies, corporations, partnership firms, societies, co-operatives, Proprietorship firms etc. when clue for default, is realized through money suits, suits for foreclosure, mortgage by instituting the same to competent civil courts. The civil courts were burdened with other businesses and such suits of banks consumed time for disposing of. The delay caused made the bank sector suffer for non-realization of dues in time and the bankers gathered bitter experience in realizing the same. To remove this difficulty, the government enacted a special piece of legislation named “The Artha Rin Adalat Ain, 1990” which had gone under some changes by way of amendments since its inception. The law brought changes to a great extent in the administration of justice delivery system for regulating those suits but it failed to fulfill the expectation of the legislators/bankers to recover the dues expeditiously from the defaulters. The thinkers on the subject gave second thoughts to frame a new law and ultimately the legislature passed “The Artha Rin Adalat Ain, 2003” (hereinafter Adalat) by repealing the earlier one.

The law Came into force on 1st May 2003 except sections 46/47 which came into operation on  1st May 2004. Within a short span of time, the law has gone under an amendment by the Artha Kin Adalat (Amendment) Ain, 2004 which reflects weak draft of the law. The law begins with a preamble which speaks of the purpose of the law. The purpose of the law as it is visualized from the preamble is that the existing laws relating to recovery of loans of financial institutions/banks are needed to be amended and consolidated.

Differences between Overdraft and Cash Credit