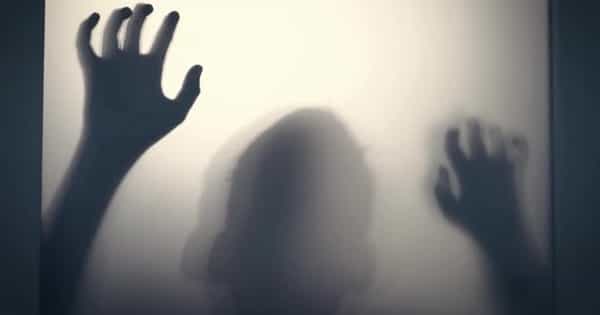 Insulin resistance has been linked to an increased risk of developing a major depressive disorder, according to Stanford Medicine researchers. “If you’re insulin-resistant, your risk of developing the major depressive disorder is double that of someone who isn’t insulin-resistant,” said Natalie Rasgon, MD, Ph.D., professor of psychiatry and behavioral sciences.

Approximately one in every five Americans will experience a major depressive disorder at some point in their lives. Unrelenting sadness, despair, sluggishness, sleep disturbances, and loss of appetite are all symptoms. Some of the factors that contribute to this severely debilitating disease, such as childhood traumas, the loss of a loved one, or the stresses of the COVID-19 pandemic, are unavoidable. Insulin resistance, on the other hand, is preventable: it can be reduced or eliminated through diet, exercise, and, if necessary, drugs.

The findings of the researchers will be published in the American Journal of Psychiatry. Rasgon collaborated on the study as a senior author with Brenda Penninx, MD, Ph.D., professor of psychiatric epidemiology at the University of Amsterdam Medical Center. Kathleen Watson, Ph.D., a postdoctoral scholar in Rasgon’s group, is the study’s lead author.

Scientists have linked insulin resistance to an increased risk of developing a major depressive disorder.

A common but silent condition

According to studies, at least one in every three of us has insulin resistance, and many of us are unaware of it. The condition is caused not by a lack of insulin secretion into the bloodstream by the pancreas, as in Type 1 diabetes, but by a decrease in the ability of cells throughout the body to respond to this hormone’s command.

Insulin’s job is to signal to our cells that it is time for them to process the glucose that has entered our bloodstream as a result of our dietary intake, liver production, or both. Every cell in the body uses glucose as fuel, and each cell has receptors on its surface that, when activated by insulin, signal the cell to consume the valuable energy source. However, insulin resistance is becoming more common among the world’s population: Their insulin receptors fail to bind to insulin properly for a variety of reasons, including excessive caloric intake, a lack of exercise, stress, and a lack of sleep. Their blood sugar levels eventually become chronically high.

Type 2 diabetes is diagnosed when those levels remain above a certain threshold. It is a treatable but incurable condition that can lead to cardiovascular and cerebrovascular disorders, neuropathy, kidney disease, limb amputations, and other negative health outcomes.

Insulin resistance has already been linked to a number of mental health problems. Rasgon stated that it has been demonstrated that approximately 40% of patients suffering from mood disorders are insulin-resistant.

However, these assessments are based on cross-sectional studies, which are snapshots of populations taken at a single point in time. Longitudinal studies, which typically track people over years or even decades and can determine which event came first, are best suited to determining whether one event was the cause or result of another or whether both were the result of some other causal factor.

The researchers obtained data from the Netherlands Study of Depression and Anxiety, a multi-institutional collaboration within a research network Rasgon established in 2015, as part of a multi-institutional collaboration to learn about the causes and consequences of depression. Rasgon is the Stanford principal investigator, and Penninx is the overall principal investigator.

The Stanford researchers examined data from 601 men and women who participated in the Netherlands study as control subjects. They had never experienced depression or anxiety prior to enrolling in the program. The average age of the group was 41 years.

The team measured three proxies of insulin resistance: fasting blood glucose levels, waist circumference, and the ratio of circulating triglyceride levels to those of circulating high-density lipoprotein — or HDL, known as “good” cholesterol.

“Some subjects were already insulin-resistant at the start of the study; there was no way of knowing when they’d first become insulin-resistant,” Watson explained. “We wanted to see how quickly the connection takes effect.”

As a result, the researchers limited the next stage of their investigation to the roughly 400 subjects who, in addition to never having experienced major depression, also showed no signs of insulin resistance at the start of the study. Almost 100 of these participants developed insulin resistance during the first two years of the study. The researchers compared this group’s chances of developing major depressive disorder over the next seven years to those of participants who had not yet become insulin-resistant at the two-year mark.

While the number of participants was insufficient to establish statistical significance for waist circumference and the triglyceride-to-HDL ratio, the results for fasting glucose were not only statistically significant – that is, unlikely to have occurred by chance – but clinically meaningful – that is, significant enough to warrant concern: Those who developed prediabetes within the first two years of the study had a 2.66-fold increased risk of major depression by the nine-year follow-up point, compared to those who had normal fasting-glucose test results at the two-year mark.

The bottom line: Insulin resistance is a strong risk factor for serious problems, including not only Type 2 diabetes but depression.

“It’s time for providers to think about the metabolic status of those suffering from mood disorders, and vice versa, by assessing mood in patients with metabolic diseases like obesity and hypertension,” Rasgon said. “Physicians should test their patients’ insulin sensitivity to prevent depression. These tests are widely available and inexpensive in labs around the world. Finally, we can prevent the onset of debilitating diseases that will last a lifetime.”