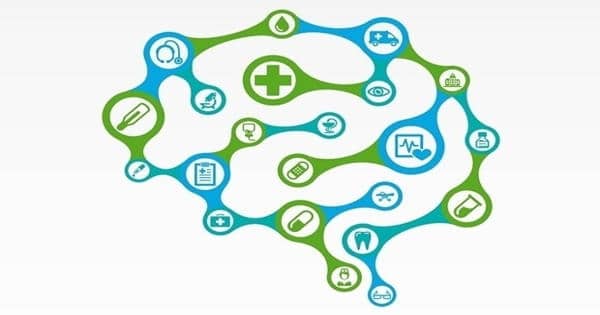 According to a new literature review, one-third of children and adolescents develop a mental health problem after a concussion, which can last for several years. The Murdoch Children’s Research Institute (MCRI) study, published in the British Journal of Sports Medicine, discovered that mental health should be assessed as part of standard pediatric concussion assessment and management.

Despite the fact that many post-concussion and mental health symptoms overlap, the relationship between delayed recovery and mental health remained poorly understood until this literature review, according to MCRI researcher and Monash University PhD candidate Alice Gornall.

The study included nearly 90,000 children aged 0-18 years from nine countries, including Australia, the United States, Canada, and New Zealand, who had suffered a concussion. The most common causes of injury were falls (42.3%) and sporting injuries (29.5%), followed by car accidents (15.5 per cent).

A third of children and adolescents develop a mental health problem after a concussion, which could persist for several years post-injury, according to a new literature review.

When compared to healthy children or children who sustained other injuries such as an arm fracture, it was discovered that up to 36.7 percent experienced significantly higher levels of internalizing problems such as withdrawing, anxiety, depression, and post-traumatic stress and 20% experienced significantly higher levels of externalizing problems such as aggression, attention problems, and hyperactivity after a concussion.

Ms. Gornall stated that while there were significant improvements in mental health between three and six months after the injury, a minority of children experienced symptoms that lasted for several years.

The findings follow a recent study led by MCRI and published in The Journal of Head Trauma Rehabilitation that found having a traumatic brain injury as a child was associated with lower IQ scores that lasted up to seven years after the injury.

Concussion, according to Ms. Gornall, is a growing public health concern, with one-third of children experiencing a head injury before the age of 13. “Despite the high incidence of concussion among children and adolescents,” she said, “identifying those at risk of ongoing difficulties after concussion remains a significant challenge for clinicians.” “On top of that, children take twice as long as adults to recover from a concussion, with one in every four children experiencing symptoms more than one month after injury.”

Emma, a 17-year-old Melbourne resident, has been seeking mental health treatment after suffering two concussions a year apart. She hit her head on a goalpost in 2019 while playing netball, and she was hit in the back of the head with a ball last March.

Emma reported that after her second concussion, she experienced anxiety, headaches, a sense of hopelessness, and difficulty concentrating. “After my last concussion, I struggled to stay motivated in school and in everyday life. Doing the most basic tasks, such as going for a walk, was difficult for me; not being able to complete these tasks made me quite disheartened, which had an impact on my mental health “She stated.

Emma’s father, Bruce Henry, said he welcomed the push for mental health to be included in paediatric concussion assessment and management because many cases would go untreated otherwise. “When a child has a concussion, they may appear normal, but you can’t see the underlying impact,” he explained. It’s critical that mental health be integrated into concussion management, which has been critical to Emma’s recovery.”

Concussion Essentials, an intervention developed by MCRI researchers, is also being tested to prevent children from developing long-term post-concussion symptoms. The eight-session intervention combines physiotherapy and psychology treatments that target presenting symptoms with education about common issues like headaches, fatigue, and returning to exercise, school, and sports. Early evidence suggests that the intervention is effective in hastening recovery.

“Incorporating mental health risk into post-injury management represents an opportunity to engage children and adolescents with mental health services in order to either prevent unnecessary problems from arising or to treat already existing issues.”

The HeadCheck app, developed in collaboration with the AFL and world-renowned concussion experts at MCRI and The Royal Children’s Hospital, also assists parents, coaches, and first aiders in recognizing the signs of concussion and managing the child’s safe return to school, play, and organized sport.