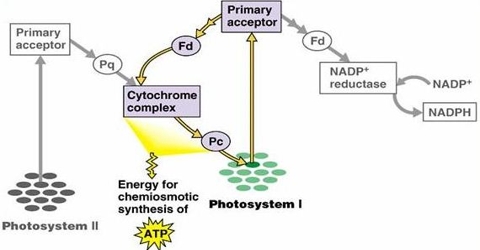 Types: Photophosphorylation is of two types; such as- Cyclic and Non-cyclic 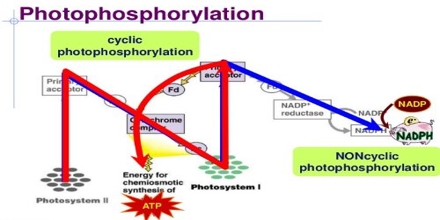 During the travels of this elation through the cytochrome system (carriers) some energy is released and the said energy is used for the reduction of NADP. Since the high energy electrons ejected from the pigment system P700 does not go back to the pigment system, it is called the non-cyclic Photophosphorylation.