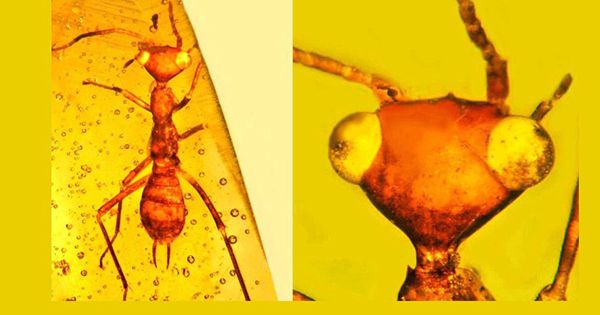 There are not many moms that matches the spider when it comes to going beyond for their children. There is nothing certain spider species will not do for their precious nightmare spawn, from weaving silk nursery webs for their freshly born progeny to literally offering themselves up as their infants’ first meal. Of course, they have a 99-million-year head start on the competition. According to a study published in the Proceedings of the Royal Society B last month, researchers examined four pieces of amber from northern Myanmar and discovered something incredible: the oldest known evidence of mother behavior in spiders.

“Adult lagonomegopid females apparently created and then guarded egg sacs in their retreats or nests,” according to the study, “and the born spiderlings may stay together with their mother for some time.” “The emergence of maternal care is beneficial to spiders in responding to environmental challenges and constitutes a key stage in spider society’s evolution.”

The spider family lagonomegopidae thrived during the mid-Cretaceous epoch, when Africa, North America, and most of Eurasia were still one massive supercontinent. It possessed two additional large eyes for pursuing its food, as do many spiders today; but, unlike many spiders today, those large eyes were on its side rather than upfront. The researchers were able to utilize CT scans to pick out these telltale species identifiers and rebuild the fatal arachnids in 3D because the dripping tree sap preserved the mother and spiderlings so effectively all those years ago.

“From the outset, we anticipated spiders to have mother instincts,” study co-author Paul Selden told CNN. The fossil evidence, however, is “nevertheless, extremely good,” he explained, “Everything seemed to fall into place perfectly. We obtained three or four examples, all of which verified the account.” The behavior depicted in the ancient amber is still identifiable in spiders today, despite living approximately 100 million years ago. Selden told CNN that one of the four pieces of amber examined “shows a female lagonomegopid spider grasping an egg sac containing eggs ready to hatch […] just how a real female spider snuggled in a fissure in tree bark would appear (in this case, just before being inundated by tree resin).”

The other three include newly hatched spiderlings, as well as spider silk strands and leg pieces, most likely from the mother, according to the scientists. This shows that, like certain spider species today, mother lagonomegopidae would keep their offspring near for a period to protect them.

For the time being, however, it is unknown how long the spiderlings stayed and how the species interacted after hatching. “It’s worth noting that mother spiders with amber-fossilized progeny constitute a snapshot in time,” the report says. “More comparable fossils, especially if the children are in various [developmental stages], will offer material for further investigation of maternal care and possibly possible social behavior in spiders,” says the researcher.

If hopeful researchers want to uncover those “similar fossils,” they will have to resort to museum storerooms — paleontologists have strongly prohibited from getting amber from Myanmar since the Tatmadaw took over the nation in a military coup in February. The four fossils included in the study last month came from Beijing’s Capital Normal University, where they had remained since 2015.

Nonetheless, the fossils are undoubtedly out there for anyone who wants to search, according to Selden. He told Science News that there are already thousands of specimens [in current collections]. “There’s also more stuff than there are individuals to examine it.”

Pugs Can No Longer Be Considered a Typical Dog Due To Health Issues, Says Study

Introduce Yourself To Snaky McCrocface (We’re Only Half Joking)