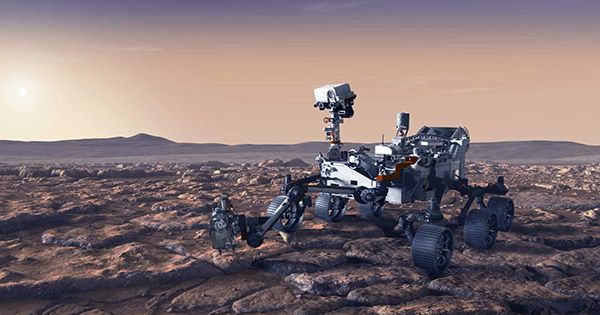 NASA’s InSight Mars lander produced one of the strongest and longest marsquakes ever observed on its 1,000th sol on the Red Planet. The earthquake, which struck on September 18, had a magnitude of 4.2 and lasted roughly 90 minutes. This is the third powerful quake in less than a month, with two more magnitudes of 4.2 and 4.1 observed on August 25. Due to a little dust, the detections almost didn’t happen at all.

The latest quake is more than five times greater than the previous record-holder, which originated from an area known as Cerberus Fossae, about 1,600 kilometers (1,000 miles) away, where practically all of the quakes have been detected so far. The September marsquake is still being investigated, but the 4.2 magnitude quake on August 25 came from afar. Although its exact location and direction are unknown, researchers do know that it traveled around 8,500 kilometers (5,280 miles). The quake, which had a magnitude of 4.1, was also much closer to the lander. It came from a distance of about 925 kilometers (575 miles).

For planetary scientists, these new discoveries are a dream comes true. Researchers used InSight’s seismometers to disclose the interior of Mars for the first time just a few months ago, but greater quakes from different parts of the planet are still on the scientists’ wish list. On Mars, it appears that Christmas has arrived early. Except that it almost didn’t happen.

Lower temperatures earlier this year, as Mars’ elliptical orbit moved it further from the Sun, meant the lander had to rely on its own heaters to be operational. Furthermore, dust had accumulated on the solar panels.

The project anticipated that the Martian wind would clean the panels, but they didn’t get much this year, and the lander’s power began to dwindle. It turned off several of its instruments to save electricity. The team on Earth, on the other hand, had a brilliant solution for cleaning the solar panels and keeping the seismometer’s light on.

The crew had to manufacture its own wind because they didn’t have any. They utilized InSight’s robotic arm to deposit sand near the solar panels, which swept away the dust, cleaned the panels, and provided enough power to keep the experiment operating.

InSight’s principle investigator, Bruce Banerdt of NASA’s Jet Propulsion Laboratory, said in a statement, “If we hadn’t responded promptly earlier this year, we would have missed out on some wonderful science.” “Mars appears to have given us something new with these two quakes, which have unique properties, even after more than two years.” Mars is approaching conjunction, which means it is on the opposite side of the Sun from Earth, which means we won’t be able to communicate with our robotic explorers owing to solar radiation interfering with radio signals.