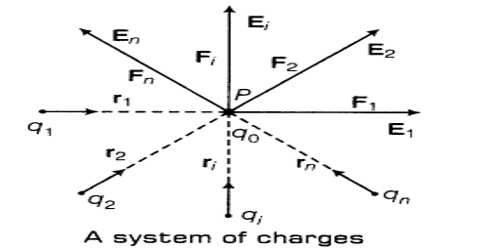 In order to find the resultant force, all charges are considered separately with that particular charge as if all other charges are absent. In this way, for each charge, the force on that particular charge is to be found out. Then the vector sum of all the forces gives the resultant force on that charge. It is called the superposition principle of electric force.

Define Magnitude of the Force