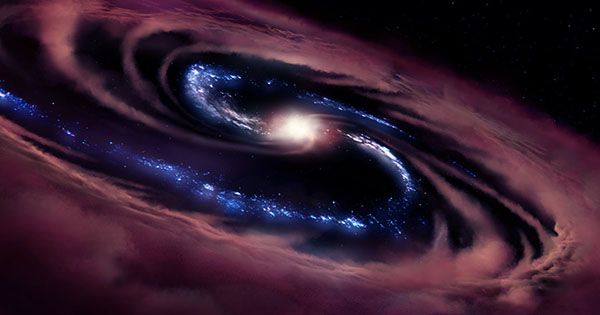 According to a recently released estimate, the observable universe contains roughly 40 billion billion (4×1019, or 40,000,000,000,000,000,000) black holes. Join the club if you cannot wrap your head around that amount – but another way of saying it is that black holes make up about 1% of all “ordinary” matter in the cosmos. The figure created by Scuola Internazionale Superiore di Studi Avanzati, Italy, student Alex Sicilia and supervisors, as well as a vast team of collaborators, and published in The Astrophysical Journal.

Of course, Sicilia did not actually count the black holes, though if he was anything like others, he probably felt like he had by the end. Instead, the study based its findings on the fact that most black holes develop when stars with masses greater than 20 times that of the Sun approach the end of their lives.

The outcome is five-160 times the mass of the Sun entity that is so dense that even light cannot escape its powerful gravitational field. Sicilia could estimate the number of black holes left behind by utilizing estimates of the number of stars of appropriate mass created from the Big Bang to now.

“This major discovery has been attained thanks to an original approach that combines the state-of-the-art stellar and binary evolution code SEVN developed by SISSA researcher Dr. Mario Spera,” the authors write in a release. Current estimates for galaxies’ attributes fed into this, “especially the rate of star formation, stellar mass, and the metallicity of the interstellar medium (all of which are crucial elements in defining the number and masses of stellar black holes).”

The authors said they would look into their cumulative mass in a future paper, although it will be more than 100 times less in smaller, but more numerous, stellar black holes. Other processes thought occasionally give birth to black holes of less than stellar mass in dense star clusters, but the scientists leave this for a future article.

It is still unclear if intermediate-mass black holes exist at all, and if they do, their numbers are likely to be minimal. Although black holes were predicted in the 18th century, it was not until 1990 that the first one was discovered. Since then, we have come a long way, and the discovery of gravitational waves from merging black holes has allowed us to estimate their frequency and size in the local universe, giving our estimates some rigor.