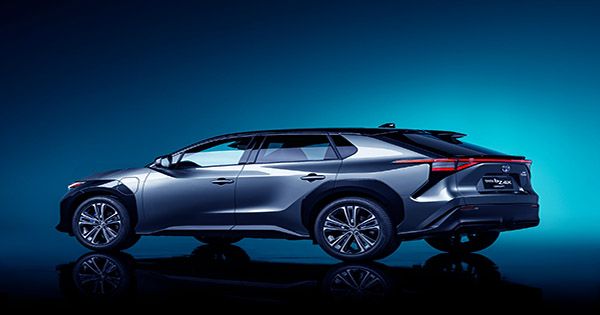 Toyota teased the bZ4X in April, the first of seven “Beyond Zero” completely electric cars set to launch by 2025, according to the carmaker. The business did not say much about the bZ4X other than that, it was working on it with Subaru and that it will have Subaru’s future e-TNGA powertrain. It modified that on Friday when it unveiled the vehicle’s production form. Toyota will sell both front-wheel-drive and all-wheel-drive versions of the bZ4X.

The former will have a single 150 kW engine capable of propelling the automobile from zero to 100 km/h in 8.4 seconds. The FWD model’s 71.4 kWh battery, according to the WLTC standard, will let it go around 500 kilometers or 310 miles on a single charge.

When the EPA evaluates the automobile, that estimate is likely to drop. It is also worth mentioning that these dimensions are from the Japanese model, which may differ from the model(s) Toyota publishes in the United States.

The battery will enable 150 kW DC rapid charging, which would allow it to charge from zero to 80 percent in around 30 minutes. The AWD model will be equipped with two 80kW motors, one in each axle, for a total output of 160 kW. It takes 7.7 seconds to accelerate from zero to 100 kilometers per hour.

The AWD model’s range is estimated to be 460 kilometers or 285 miles on a single charge, according to Toyota. The battery is incorporated into the chassis in both models, a design option that helps reduce the SUV’s center of gravity and enhance the chassis’ stiffness.

Toyota also intends to add some useful supplementary features to the bZ4X. One of them is a solar roof, which the company claims would provide free electricity for 1120 miles. It will also include steer-by-wire technology, which eliminates the mechanical link between the steering wheel and the front wheels. Both of these capabilities will be offered on a limited number of models. In mid-2022, the bZ4X will make its debut in the United States and other regions.