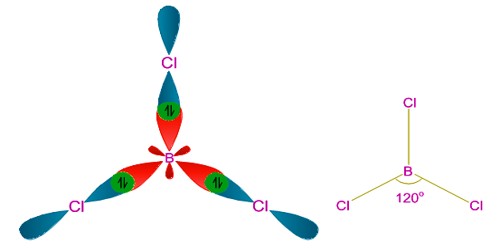 The hybridization in boron trichloride is sp2 hybridization. This accounts for the aptitude of boron to bond to three other atoms and has trigonal planar molecular geometry when it only has one partially-filled p-orbital capable to make a bond. 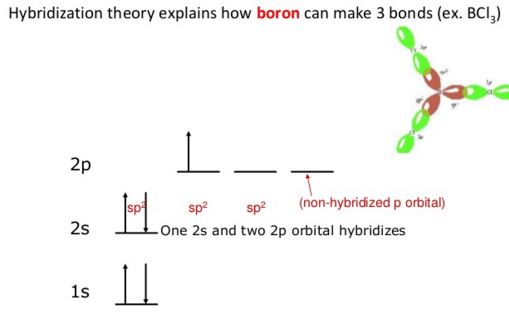 Ground state pattern being 1s2 2s2 2p1, it has only one unpaired electron. Since three unassociated electrons are necessary so there is support of one of 2s electron into the 2p sublevel by gripping energy.

However, to account for the trigonal planar shape of this BCl3 molecule, sp2 hybridization before the bond structure was advocated.

Describe Occurrence and Principles of Extraction of Zinc

What are the Effects of Hydrogen Bond on the Properties of Compounds?

Describe Formation and Structure of Boron Trichloride by Hybridization