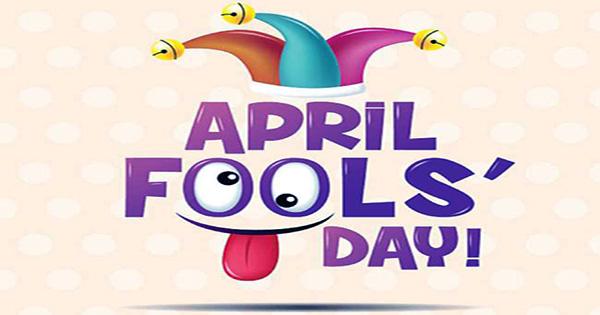 It’s April fool’s Day – day corporations try to make real (and unusual) jokes, and everyone is very careful to check the sources of what they’re reading on the Internet. The world of science has also embraced it for a long time, with unusual paperwork and incredible declarations. Over the years, the discovery of flying penguins and the fame of The Force of Star Wars have become the first evidence of realism.

So far this year, we have had an interesting selection, applying rigor and methodology to some undesirable matters, including a few bizarre scientific papers. Australian Reptile Park has announced that families with young children may now face “dangerous, deadly (and possibly illegal)” intimate encounters with 500 kilograms (1102 pounds) of seawater croc Elvis living in the park. If you are fancy you can even bring your own swimwear.

More focus on endangered Australian animals comes from the Okinawa Institute of Science and Technology Graduate University. In particular, they are concerned about the prey of both adults and eggs of the Kangaskhan (Garura kangaskhani). Researchers are also concerned about how Pokémon will respond to climate change. Clearly, there are no conglomerates in real life, the research behind it is a light hearted showcase of model analysis and how many species need to be considered when it comes to how a species will cope with stress from human activity.

The International Laboratory of the Internet and the birthplace of CERN have been announced as the world’s longest vertical accelerator – the elevator-inspired Fast-Fermion Endwise Linac collaboration – or EIFFEL – instead. In a detailed press release, Lab created a number of important issues to stress the limitations of the standard model of particle physics. Theorist Flora Oilp said in a statement, “The standard model of particle physics has been very successful, but it cannot explain 95% of the ‘dark’ universe, and neither Einstein nor any physicist has been able to come up with a theory about quantum gravity.”

“Now is the time to finalize its most basic policy.” Flora Olip and the official spokeswoman for this experiment, Pillar Olof, have made a very good case for building EIFFEL. We’ll be pretty sure if their names aren’t April Fools’ any anagram.