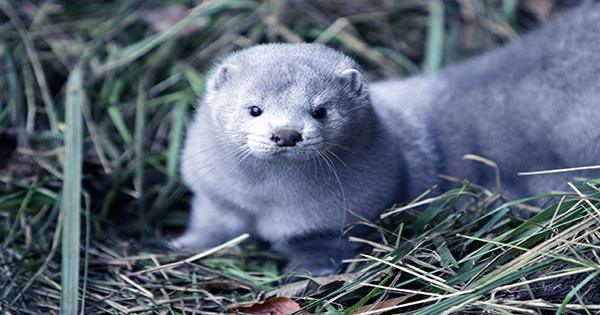 As the COVID-19 epidemic intensifies, we begin to detect infections in species beyond humans. Dogs, cats (including tigers) and gorillas have all tested positive for the virus, but it is an infection among farmed minks in Denmark that has caused the greatest concern for human health.

The country reported that the SARS-Cavi-2 virus had spread to more than 200 farms and represented a large population of captive animals among whom there could be a dangerous change. Magnus Heunicke, the Danish Minister for Health, said in a statement, “The Danish health authorities, the Statens Serum Institute, have received a mutation and preliminary studies have shown that this mutation may affect the effectiveness of the current candidate for a vaccine against Kovid-19.”

“However, there is no evidence that these mutated infected people are experiencing more serious diseases. A large virus in mink increases the risk of changes in the reservoir, which in turn increases the risk that vaccines will not provide optimal protection.” The spread of the virus among so many animals increased the fear and the threat could bring a new form to the human population and millions of them decided to stop this crisis.

These national farms typically escape several times a year, so it was a legitimate fear that infected animals could enter a wide range of environments and escape illness. Joan Santini, a professor of microbiology at University College London in IFLScience, said, “The infected mink has been shown to infect other mink and humans with stork-covi-2 infection.”

“Therefore, there is good reason to be concerned that infected mink virus may infect other endangered species.”  Eager to dispose of the 17 million potentially contagious Mink corpses, authorities began cremating their remains – but a capacity problem meant something was buried sooner rather than later. However, as the decomposing bodies began to release gases, the corpses began to rise from the ground like a horrible zombie horror. It was estimated that about four million dead mink were buried, and mass graves unfortunately sat near a swimming pool and source of drinking water.

Accordingly, the Danish government has decided to encourage mass mink graves (starting May 2021) so that they can be disposed of properly. The move will see the nearly four million swollen burnt minks taken to about 13 central heating plants across the country and scorched in the summer put an end to the horrific journey of these unfortunate creatures.