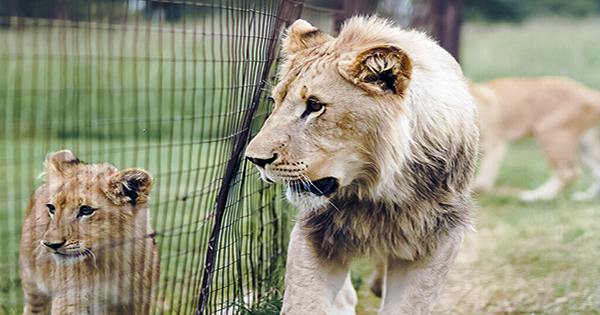 Conservationists in South Africa are celebrating the news that the country will soon begin implementing policies to ban the breeding of lions and the abuse of captive animals. The legal battle began again in 2019, when Barbara Creecy – South Africa’s Minister of Forests, Fisheries and Environment – began a review of the treatment of captive animals.

These include elephants, leopards and rhinos as well as lions. Following the submission of their findings in 2020, the panel called for an end to captive breeding of lions for hunting for prey cut or contained habitat for the traditional endangered species. The South African cabinet has now accepted the recommendations, as confirmed in a statement issued on May 2, 2021. The next step is to establish a policy that will stop the multi-million dollar lion breeding industry.

The South African government no longer allows waivers that allow tourists to pet lion cubs or shoot adults, and makes it illegal to breed captive animals. According to a report by National Geographic, one of the recommendations included capturing these animals – but it was advisable to put the welfare of the animals first, as captives rarely pay good rent when released into the wild. Reads the statement, “The panel identified that the captive lion industry poses a risk to the sustainability of wild lion conservation which has a negative impact on the ecosystem which further fuels the conservation and conservation of lions, the negative impact on the pure wild hunting industry and the risks to trade By.”

“The panel recommends that South Africa not detain captive lions, keep lions in captivity, or use captive lions or their derivatives commercially.” Analyzing the cost-benefit for an industry like lion farming is not as clean as one might think. The panel reviewing South Africa’s existing lion breeding industry included conservationist and economist Michael T. Sass-Rolfes, who wanted to stop captive breeding but maintain the lion’s bone trade.

Conservative reasoning for such a decision center revolves around the fact that simply doing something illegal does not mean that you can stop it. It is the opinion of some that enforcing policies that render such trade illegally only pushes it towards underground problems, where its processes cannot be controlled.

Instead, these consultants should oversee the maintenance of the bone trade, to support the existing stock styles of lion bones as well as a more sustainable trade from dead captive animals in zoos that do not pose a risk to lion hunting. Encouraging the supply of animal products there could actually increase demand, only to make the problem worse.