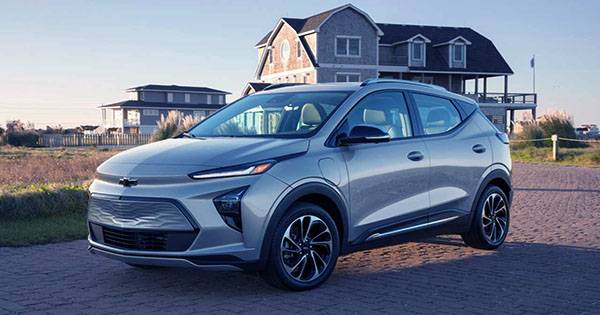 GM announced Monday that battery modules in recalled Chevrolet Bolt EV and Bolt EUV vehicles will be replaced as soon as next month, now that cell supplier LG Chem has begun manufacturing at two Michigan sites.

The business said replacement modules, which are made up of lithium-ion battery cells, will start delivering to dealers as early as mid-October. Owners of Chevy Bolt EVs will be able to bring their vehicles to a dealership to have the old modules replaced with new ones.

In August, GM halted manufacturing of the Chevy Bolt EV and EUV due to a battery pack shortage caused by the two electric vehicles’ worldwide safety recall. Since then, the production outage has been extended twice. EV battery packs are made up of modules. The recall covers all Chevy Bolt EV and EUV cars built since 2017 after the carmaker found two manufacturing flaws in the battery cell — a damaged anode tab and a folded separator — that might cause a fire.

Because of the fire danger, GM advises Bolt owners to set the vehicle to a 90 percent charge limit, prevent discharging the battery below 70 miles of range, and charge the vehicle more regularly. GM still advises owners to park their Bolt EVs and EUVs outside after charging and not to let them charging inside overnight. LG has implemented new manufacturing methods and collaborated with GM to improve its quality assurance programs in order to maintain confidence in its batteries in the future. The battery supplier, according to GM, will implement these new methods in other sites that supply the automaker with cells.

Resuming battery module production is the first step, according to Doug Parks, GM’s executive vice president of global product development, purchasing, and supply chain. The problem with GM’s Chevy Bolt EV, on the other hand, isn’t completely solved. The business must complete the replacement process for all recalled Bolts and reassure owners that charging and parking the vehicles is safe.

GM is hoping that a new advanced diagnostic software package will be of assistance. The software package, which will need to be installed by dealers, will be available in the next 60 days, according to the business.

By monitoring the battery performance, the diagnostic software is able to detect particular irregularities that could indicate a damaged battery in Bolt EVs and EUVs. According to GM, the software will notify customers of any irregularities, and customers will be able to return to a fully charged state once all diagnostic operations are completed.