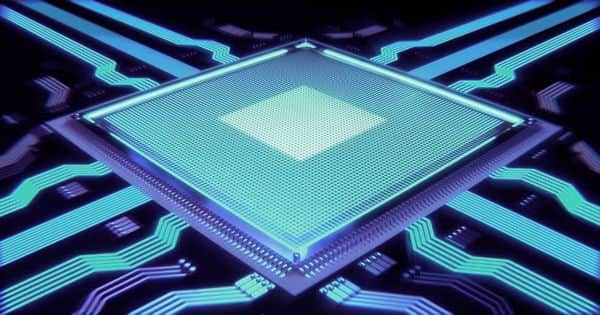 Researchers Design a new light-powered chip that delivers smarter AIs. A chip that integrates vision, computation, computer learning, and memory improves artificial intelligence by imitating the way the human brain processes visual knowledge. New tech integrates the key software required to drive AI with image capture hardware-in a single electronic chip. The light-driven prototype unit mimics the way the human brain processes visual information. It’s a big step for the ultimate of electronics: a brain-on-a-chip that can benefit the world much as humans do.

Researchers have developed artificial intelligence technology that brings together imaging, processing, machine learning, and memory in one electronic chip, powered by light.

The prototype reduces artificial intelligence technologies by imitating the way the human brain handles visual information. The technology is inspired by optogenetics; the biotechnological instrument helps scientists to immerse themselves in the electrical structure of the body by activating and controlling laser light neurons. It is made of ultra-thin black phosphorous, which adjusts electrical resistance according to various wavelengths of light. Shining various wavelengths of light onto the chip allows tasks such as imaging and preservation of memories.

Since the computer combines multiple modules and functions on a single platform, close to the human brain, it can greatly increase performance and accuracy. The nanoscale advance integrates the core software required to drive artificial intelligence with image capture hardware in a single electronic unit. With more growth, the light-driven prototype could allow smarter and smaller autonomous devices such as drones and robots, plus smart wearables and bionic implants such as artificial retinas.

The study, led by an international team of Australian, American, and Chinese researchers at RMIT University, is published in Advanced Materials. Lead Researcher Associate Professor Sumeet Walia, from RMIT, said the prototype offered brain-like features in one strong unit. “Our current technology dramatically improves performance and precision by adding various components and functionalities to a single device,” said Walia, who is also co-leading the Functional Materials and Microsystems Research Community.

“It’s moving us closer to an all-in-one AI system inspired by nature’s biggest computer innovation—the human brain.” Our aim is to recreate a key aspect of how the brain learns by imprinting vision as memory. “The prototype we have built is a big leap forward in neurorobotics, advanced human-machine interface capabilities, and scalable bionic systems.”

Usually, artificial intelligence depends heavily on algorithms and on off-site data processing. The goal of the latest prototype is to merge electronic hardware and knowledge to make swift on-site decisions.

“Imagine a dash camera in a car that’s embedded with such neuro-inspired hardware—it can identify lights, signals, things, and make quick decisions without needing to link to the internet,” Walia said. “By putting it all together into one single chip, we will offer unparalleled levels of performance and speed in autonomous and AI-driven decision-making.”

The system builds on an earlier RMIT concept chip, which used light to generate and alter memories. New built-in capabilities mean that the chip can now collect and automatically enhance images, identify numbers, and learn to recognize patterns and images at an accuracy rate of over 90 percent. The device is also readily compatible with current electronics and silicon technology for effortless deployment in the future.

Seeing the light: how the tech works

The prototype is inspired by optogenetics, a new biotechnological technique that enables scientists to enter the electrical structure of the body with great precision and use light to control neurons. The AI chip is built on an ultra-thin material—black phosphorous—that changes electrical resistance in response to different wavelengths of light.

Various functionalities, such as visualization or memory storage, are accomplished by brightening various colors of light on the chip. Study lead author Dr. Taimur Ahmed, from RMIT, said that light-based computing was quicker, more reliable, and needed much less energy than current technologies.

“By packing so much core functionality into a single lightweight nanoscale unit, we can expand the horizons for machine learning and AI to be incorporated into smaller applications,” Ahmed said. “Using our chip with artificial retinas, for example, will help scientists to reduce this new technology and enhance the precision of the bionic eye. “Our prototype is a major step towards the ultimate of electronics: a brain-on-a-chip that can learn from its surroundings just as we do.”

How to avoid falling into China’s ‘data trap’