Home Other Types of Marketable Securities 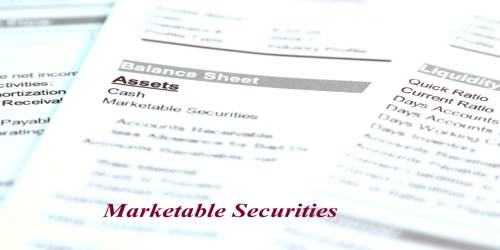 Marketable securities mean a short term financial assets that create interest for its holders and easily be converted into cash. They are securities or debts that are to be sold or redeemed within a year. At any time a security holder can sell this security in the financial market and can collect cash from selling this security.

(1) Treasury bills: The bill which is issued by the government and that is issued on discount then face value is called treasury bills. Treasury bills are issued in the form of a promissory note. They are highly liquid and have assured yield and a slight risk of default.

(3) Banker’s acceptance: Bankers acceptance arises from a short term credit arrangement used by business to finance a transaction, especially those involving firms in foreign countries or firm with unknown credit capacities. It is a short-term debt instrument issued by a company that is guaranteed by a commercial bank.