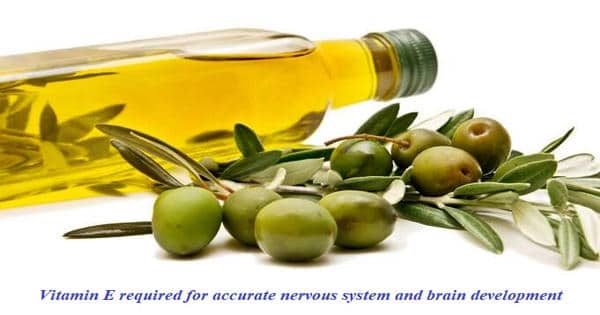 Vitamin E is an essential dietary antioxidant with important neuroprotective functions. In research with key ramifications for women of childbearing age, findings by Oregon State University scientists show that embryos produced by vitamin E-deficient zebrafish have malformed brains and nervous systems. Vitamin E deficiency caused an increase in cerebellar oxidative stress evidenced by increased protein nitrosylation, which was prevented by dietary supplementation with the vitamin.

The findings show that embryos produced by vitamin E-deficient zebrafish have malformed brains and nervous systems. Zebrafish are a small freshwater species that go from a fertilized egg to a swimming fish in about five days. They are highly prized for studying the development and genetics of vertebrates. Scientists often use zebrafish in studies because they develop quickly, going from a fertilized egg to a swimming fish in just five days. Zebrafish share a remarkable similarity to humans at the molecular, genetic, and cellular levels, meaning many findings are immediately relevant to humans. Embryonic zebrafish are of special interest because they develop quickly, are transparent, and are easy to care for.

Vitamin E was discovered in 1922, identified because it was essential for fertilized rat eggs to culminate in live births. Vitamin E is known to influence a wide range of mechanisms underlying human health and disease. Its importance for the normal neurological function is well designated by research based on Vitamin E deficiency studies which demonstrated its central role in maintaining neurological structure and function.

In an embryo, a brain primordium and the neural tube appear early and will form the nervous system and “innervate” — supply with nerves — all organs and body structures. Without vitamin E, the zebrafish embryos showed neural tube defects and brain defects.

In healthy organisms, neural crest cells drive the creation of facial bones and cartilage and innervate the body, building the peripheral nervous system.

“Acting as stem cells, the crest cells are important for the brain and spinal cord and also go on to be the cells of about 10 different organ systems including the heart and liver,” Traber said. “By having those cells get into trouble with vitamin E deficiency, basically the entire embryo formation is dysregulated. It is no wonder we see embryo death with vitamin E deficiency.”

“Now we’re at the point where we’re so close being able to say exactly what’s wrong when there isn’t enough vitamin E but at the same time we’re very far away because we haven’t found what are the genes that are changing,” she said. “What we know is the vitamin E-deficient embryos lived to 24 hours and then started dying off. At six hours there was no difference, by 12 hours you see the differences but they weren’t killing the animals, and at 24 hours there were dramatic changes that were about to cause the tipping point of total catastrophe.”

Vitamin E, known scientifically as alpha-tocopherol, has many biologic roles and in human diets is most often provided by oils, such as olive oil. It is found in high levels in foods such as hazelnuts, sunflower seeds, and avocados.

Vitamin E is a group of eight compounds — four tocopherols and four tocotrienols — distinguished by their chemical structure. Alpha-tocopherol is what vitamin E commonly refers to and is found in supplements and in foods associated with a European diet; gamma-tocopherol is the type of vitamin E most commonly found in a typical American diet.

Factors that Influence Reproduction and the Risk of Dementia